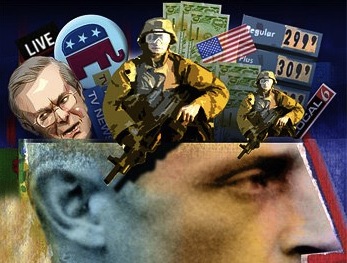 Any comments and opinions related to Apple products are those of Brian Nagel alone and do not reflect those of Apple Inc. or its subsidiaries. He’s just a little guy.

I love technology.  I use it every day.  It’s provided me efficiency on so many levels.  Heck, it’s given me a career.  It’s good stuff.  But sometimes?  It really does make us stupider.  Because we have such immediate access to information, stories and trends can truly become viral, evidenced perfectly by the YouTube phenomenon.  But is this really a good thing?  And here’s where I get to thinking…

Working for a technology company, I end up on the cutting edge of many advances in the computer software and hardware industry.  I enjoy it immensely, as the changes and growth in the industry (and just at Apple, in general), has been very exciting to watch and be a part of.  The way blogging platforms have taken control of most major new sources, as well as provide an avenue for the Average Joe/Jill to voice their opinions on whatever comes to mind is quite the trend.  But the way we as Americans seem to gravitate to the strong opinions of whoever ends up being the loudest voice can be rather disturbing.

Some of you might have read in the past week about how everyone who owns an iPhone should have taken precautions to account for a “system glitch” in which alarms set prior to Daylight Savings Time wouldn’t go off at the appropriate times.  It apparently happened to a handful of phones out in Europe, and bloggers became insistent on it being an issue in the United States as well.  And, in the tech world, folks were seemingly worried about the event.  Not quite near the Y2K frenzy, but enough to get my attention.

Did I take precautions to prevent disaster?

Did I have an issue?

Have I seen or heard anyone who did?

But I had a lot of people who asked me about it:

“When will Apple fix this major issue?”

“I hear the iPhone is buggy again.”

“How can I trust any technology?”

“When will the iPhone come to Verizon?”

It just seems like tech news only becomes news when some lucky bloggers pick up a story and run with it.  It’s not real.  It doesn’t affect a lot of people.  But the traffic it gets on websites can convince some major networks pick it up which, in turn, makes the America public panic for non-existent issues or low-risk products.

Here are some other examples of media overhype:

What’s my point in all of this?  A little bit of venting.  A little bit of just thinking aloud.  Ultimately, a call out to anyone listening to not believe everything you read.  Especially when it comes to technology.

3 Responses to "Blogging and the Public Opinion"